We are deeply saddened by the passing away of Wolfgang who established the Gurukula Botanical Sanctuary in 1981 and was completely devoted to life and what is life giving. Over the decades he has worked tirelessly at creating living conditions to the threatened, rare and endemic species of the Western Ghat rainforest. Not just saving many species of plants and thereby the animals that depend on them, but the very microclimates they need by developing methods of ecosystem gardening. He and his team have done what many would have thought impossible. Wolfgang made absolutely no concessions; plants come first and he remained at the cutting edge of conservation and plant-ecology throughout his work.

Wolfgang as inspired many people to follow their own dreams. We have supported his work and the Gurukula Botanical Sanctuary for over 20 years. The loss is profound, but life has established itself in the Sanctuary and all it’s amazing lifeforms now speak for him.

Here is a link to an article in the Hindu on his passing away.

A Seventh Generation fire was lit in honour of Wolfgang by his friends in the Netherlands. 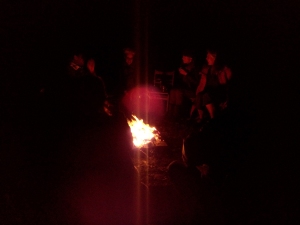